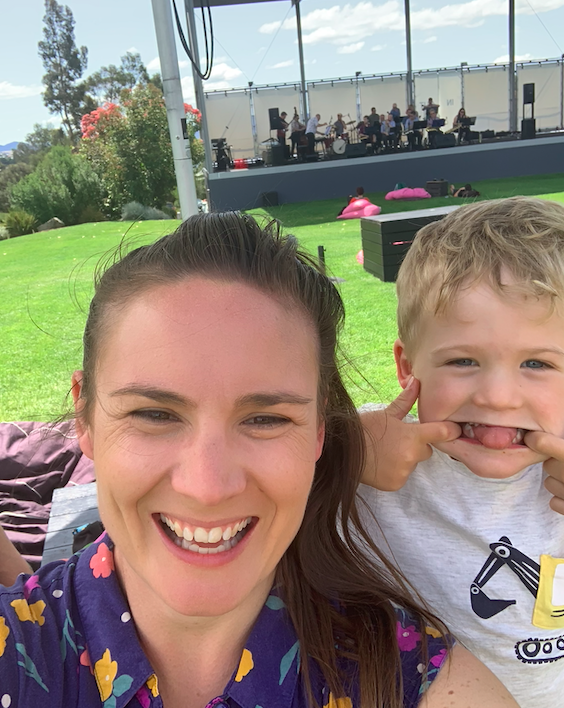 Ever been so busy and couldn’t stop because YOU were the go to person?

When I first began in my current business nearly four years ago, it was chaotic.

I was alway DOING!

Not only had a never run a business like this before… (my partner and I own a boutique hotel @yeapeppercorn), we had also had our first child 6 months before. So I guess you could say, I had a lot on my plate. For those of you who have children and are running your own business, I say kudos to you.

It is no easy feat. In fact, I would say it is one of the most challenging experiences of my life so far. I was knee deep learning all the aspects of running a business;

As I was learning this I was also still breast feeding and working IN the business. That meant some nights I was running around the restaurant taking orders with Harley in my arms. Other nights, I would be lucky enough to rock him to sleep in the pram before service began. I was also running on only a few hours of sleep each night. This wasn’t ONLY due to a crying baby… (he would wake at least 3 times per night up until the age of 2) but also because I had so many business worries going through my head.It was really tough. But that wasn’t all…

As I’m sure you may know, when your sleep is significantly affected, your immune system suffers. This means you’re much more likely to get sick at the drop of a hat. And yup, that was me. I felt like I was unwell ALL THE TIME… for most of those first few years of Harley’s life. In fact, I got SO sick at one point that I remember checking out a customer one morning and vomiting into the sink behind me after he walked out the door.

Because there was NO ONE ELSE TO DO IT!

Because of that illness, when Harley was 10 months old I got appendicitis. It wasn’t the kind that needed emergency operation (although I did end up at Emergency at one point).

It turned out I had a less common form of appendicitis that is not as acute… but lasts longer.Great. I didn’t want to have surgery unless I really had to because it would mean I wouldn’t be able to pick Harley up for about 4 weeks.

So I held out.

Dealing with dull pain on and off for 18 months. Finally, I had had enough. We had built our team at that point to a place where I was confident I could take at least 4 weeks of ‘down time’.

Oh, I forgot to mention… About a week before going in to surgery I launched a Glamping operation which was almost booked out every weekend before we began. @glampingwithnature

So… there I was juggling a 2 year old, two businesses and going in to hospital to have my appendix removed.

Did somebody say, Cray Cray! Ahuh!

As I was lying in hospital (listening to two other women vomiting all night after their gastric band surgeries) I thought… what the hell am I doing? I really thought I could do everything! Have everything I wanted! (actually scrap that… I never really WANTED children… but that story is for another time…)

This business was supposed to be a way to be able to spend MORE time with my family… not LESS!

This was a real low point for me.

That was when I decided that things had to change. I had to find a different way of doing things.

I wanted to find a way to have everything…

I wasn’t prepared to quit. I’m not a quitter. Even though it crossed my mind a few times during those first few years.

✅ I had to realign my PURPOSE.

✅ I had to find BALANCE.

✅I needed a STRATEGY.

✅I needed to start looking after myself first.

So over the past few years I have been refining my BALANCE MODEL strategy.

It’s based on both research and personal experience…I’d love to share it with you.

You don’t have to be a business owner or a mum to get something out of this training. But I’ve designed it for busy mums running their own business.

Want to get in on the action?